I was born and raised in the Himalayan foothills of Nepal. I received my bachelor’s degree in Agricultural Science from the Institute of Agriculture and Animal Science, Tribhuvan University, Nepal. During my undergraduate studies, I was involved with youth organizations promoting women in agriculture. After graduation, I undertook a small-scale seasonal marigold (Tagetes spp.) farming venture which provided first-hand knowledge of the farming enterprise. This led me to choose plant pathology as the focus of my graduate studies.

I started my MS degree program in the Spring 2022 at WSU Mount Vernon Northwestern Washington Research and Extension Center. My research focuses on botrytis management in blueberries under the supervision of Dr. Chakradhar Mattupalli.

I graduated with a major in Cellular and Molecular Biology from Western Washington Unviversity.  My research during undergrad focused on the Arabadopsis-Aspergillus pathosystem.  Specifically, I investigated several flavonoid biosynthesis genes in Arabadopsis that influenced resitstance to Aspergillus.  After graduations, I worked at Adaptive Symbiotic Technologies in Seattle, WA where I studied fungal endophytes that confer multiple stress tolerances to crop plants.  I am grateful to have had hands on experience researching fungal pathogens and mutualists.  As an MS student at WSU, I studied effector genes in Fusarium oxysporum f. sp. spinaciae in Dr. Lindsey du Toit’s laboratory at the NWREC in Mount Vernon, WA from 2017-2019.  I am continuing with a PhD degree in the department on the same project. 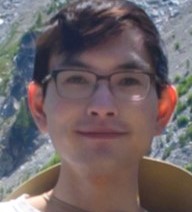 
I received my BS in Plant Science from UC Davis in 2015. During my undergraduate studies, I discovered a passion for botany and agriculture. My summers were spent performing botanical surveys for the California Department of Fish and Wildlife documenting rare flora that occur in the southern portion of the Snow Mountain National Monument. During academic sessions, I specialized in micro-shoot tip culture of clonally-propagated perennial crops in support of California’ grape, strawberry, fruit tree, and sweet potato industries as part of the National Clean Plant Network. I was retained as a technician until Summer 2018 when I took a brief venture with a commercial tree nursery’s R&D tissue culture lab. I will be pursuing an MS with Dr. Scott Harper at Prosser working on hop viroids – to develop improved viroid elimination protocols and to better understand the spatial distribution of the viroid within host tissue.

I majored in Agricultural Biotechnology and graduated from WSU in 2017 with a B.S. in Integrated Plant Sciences. During my undergraduate my research focused on plant virology, specifically sequencing the genome of potato mop-top virus. After graduation I had the opportunity to work for Dr. Xianming Chen’s stripe rust research project where I assisted in field and greenhouse management.

As a PhD student at WSU, I am studying under Dr. Deven See at the USDA-ARS Western Regional Small Grain Genotyping Lab. My research will focus on late maturity alpha-amylase (LMA) in PNW wheat and attempting to identify QTL’s related to LMA resistance and develop markers for MAS. I will also be studying the use of genomics data for increasing the efficiency of traditional wheat breeding methods.

Marilen was born and raised in Masaka, Uganda in East Africa. She attended Makerere University in Uganda’s capital, Kampala, for a Bachelor of Science degree in Conservation Forestry and Production Technology. In 2015, Marilen worked with Hall Hunter Partnership, the leading soft fruit grower in the United Kingdom, after which she returned to Uganda to start passion fruit farming. Having worked in the UK and on her passion fruit farm, Marilen realized that plant diseases are among the most challenging aspects to manage in crops, and recognized the need for a better understanding of plant diseases so that she could help other farmers when she returns to her home country. In 2017, Marilen enrolled in an MS degree in Plant Science at South Dakota State University, with an emphasis in Plant Pathology. Her MS research project evaluated the efficacy of synthetic and biopesticides on bacterial leaf streak of wheat, and the influence of cultivar and environment on epiphytic bacterial diversity on wheat seeds. After completing her MS degree in 2019, Marilen worked at the North Dakota State University Williston Research & Extension Center as a laboratory technician on soilborne pathogens: Aphanomyces euteiches and Fusarium species affecting field peas, evaluating the impacts of seed treatments on commercial rhizobia inoculants, and evaluation of the relative nodulation of chickpea using different rhizobial isolates that are native to western North Dakota. Marilen started a PhD degree at Washington State University in spring 2020, based at the WSU Mount Vernon Northwestern Washington Research & Extension Center, under the supervision of Dr. Lindsey du Toit. Her dissertation project is on management of bacterial leaf spot in table beet and Swiss chard, caused by Pseudomonas syringae pv. aptata. This is part of a larger USDA NIFA Specialty Crops Research Initiative project on Pseudomonas syringae pathogens of Cucurbitaceae and Chenopodiaceae (Award No. 2019-51181-30019).

Nickisha completed her B.S. degree as a double major in Molecular Biology/Microbiology and Biotechnology at the University of Central Florida (UCF). As an undergraduate, she worked in a Genetics lab on the Climate Change Effects on Sea Urchin Larvae. After receiving her B.S. degree she began working at MD Anderson on pancreatic cancer. Upon beginning her Masters degree at UCF, she continued working on cancer, but on the diagnosis of it. Nikisha’s thesis revolved around diagnosing prostate cancer using an assay titled NanoDLSay (nanoparticle-enabled dynamic light scattering assay). So far, this technique has been applied for quantitative detection and analysis of a wide range of chemical and biological targets. She received my Masters degree in Biomedical Science in 2015. She is currently doing research on Rhizobium and its symbiotic relationship with chickpeas for the USDA. 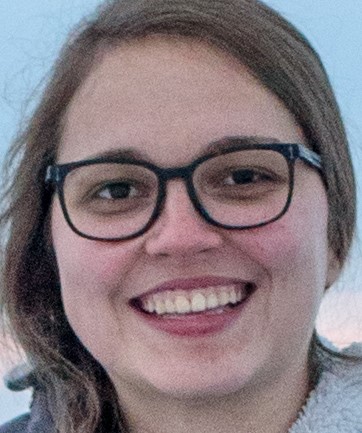 
Kayla graduated from the University of California, Davis in 2014 with a B.S. in Evolution, Ecology, and Biodiversity and a minor in Fungal Biology and Ecology. As an undergraduate, Kayla contributed to research on sudden oak death in California’s coastal forests, Cladosporium rot of table grapes, and pitch canker of Monterey pine in various faculty programs at UC-Davis. She also completed her honors thesis on the insect-gall diversity of sagebrush in the Eastern Sierras, which was published in a peer-reviewed academic journal (Environmental Entomology 44:1095-1100). After graduating, Kayla worked as a microbiologist at an agricultural biotechnology company, researching beneficial plant-associated bacteria and fungi. She then returned to UC-Davis to manage the California stream monitoring project for sudden oak death. Kayla joined Dr. Lindsey du Toit’s program at the WSU Mount Vernon NWREC in fall 2018 as a plant pathology PhD student, and is co-advised by Dr. Tobin Peever. Kayla received a fellowship from the Seattle Chapter of the ARCS Foundation, Inc. (Achievement Rewards for College Scientists). Her dissertation project is on the ecology and management of Stemphylium leaf spot of spinach.

Matt Marcec is a PhD student in Molecular Plant Sciences and also on the NIH Biotechnology Training Program, under the guidance of Dr. Kiwamu Tanaka in the Plant Pathology department. Matt has earned an M.S. in biology from Northern Illinois University where he studied proteins of unknown function using the model organism Arabidopsis thaliana. Matt also taught two lab courses at NIU, the fundamentals of cell biology and the biology of land plants. Matt enjoys teaching and loves to study plants and plans to work in academia or industry hopefully studying how plants respond to their environment and how they can continue to feed and aid humanity. Matt also has a technical certificate in emergency medicine received from Florida College of Jacksonville where he volunteered as an EMT for three years.